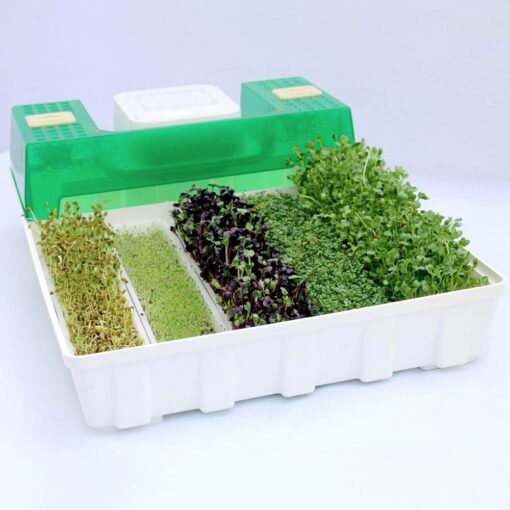 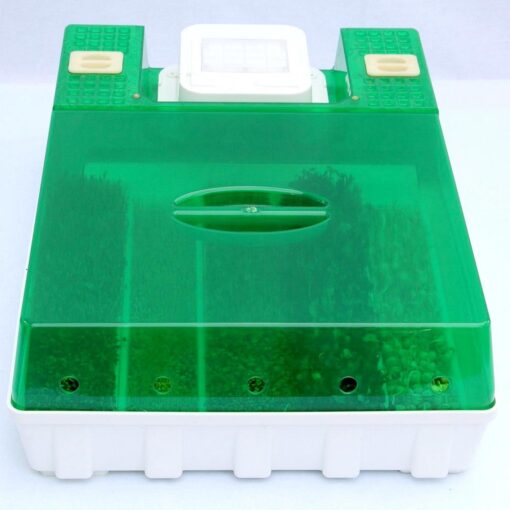 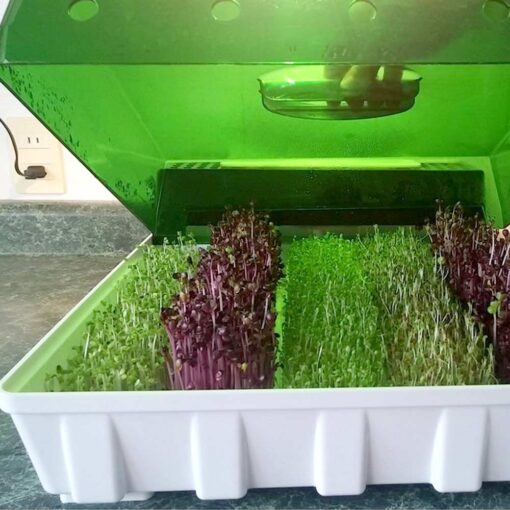 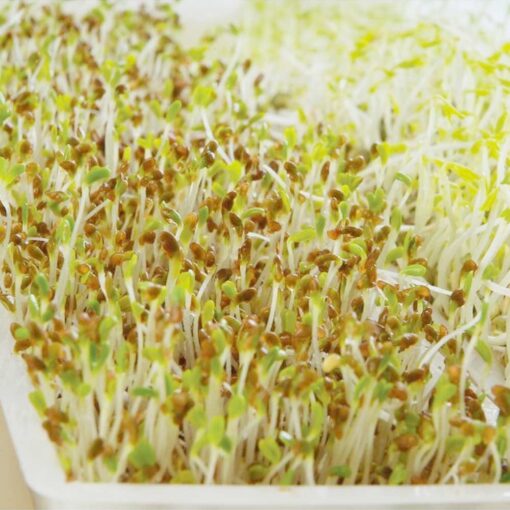 In Stock. Order now for free Next Day delivery (within GB) and receive it Tuesday February 7th.

New Easygreen Light automatic germinator: all your seeds germinated easily and faster than with a conventional germinator, even in your absence. Guaranteed 2 years.

The machine is BPA free.

The testimonies received on germinators and sprouted seeds overlap on certain points: 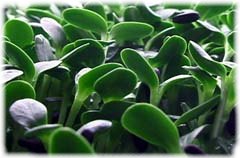 The Easygreen germinator maintains humidity within the growth enclosure and the misting and regular aeration of the seeds guaranteeing an unequaled freshness compared to a manual germinator. No other germinator ensures the aeration of the seeds and the evacuation of the heat related to the phenomenon of growth.Programming is carried out using a mechanical programmer which ensures between 5 to 8 daily misting cycles, lasting 15 to 20 minutes. In total this represents a daily consumption of water of between 2 and 3 litres, much lower than the quantities of water used to rinse the same quantity of seeds manually. The consumption of the device in operation (2 to 3 hours per 24 hours is 18 watts). 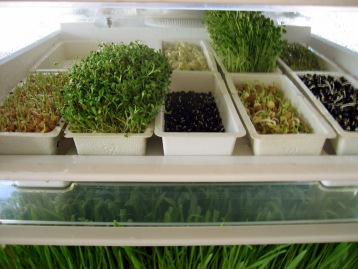 Daily useUsing your germinator comes down to:

The water contained in the 5 litre tank is sucked in by venturi effect which will have an energising and oxygenating effect (see video above).

The “cool” water will then be mixed with a filtered air flow and the mist thus generated will be vaporized on the surface of the seeds placed in the growth enclosure. Residual water is collected at the front of the device and is not recirculated. This rinse water is loaded with enzyme inhibitors, and it is important that it is discarded.

Easygreen has been sold for 20 years in 32 countries around the world, including in a scientific base located in Antartica. It is probably the best germinator in the world.

By purchasing the Easygreen you are making an important gesture to improve the quality of your daily diet, you will consume food produced in your own kitchen, with unequaled freshness and vitality.

Other more economical germinators exist on the European market. Easygreen differs from them on five essential points which condition the success of your sprouted seeds. If you are considering buying another system, find out about these points:

Main features of the Easygreen in 9 points

1. The seeds generate heat during germination. They need to be ventilated and cooled to avoid the development of mold or bacteria. EasyGreen uses patented technology that allows the application of fresh air and water droplets to the surface of the seeds, thereby ensuring their ventilation and watering. In reality, the seeds need little water but large amounts of air. Traditional germiners provide a lot of water but often do not allow regular renewal of the air in the growth enclosure.

2. The growth inhibitors present in the seeds are natural defense substances against diseases and insects. These inhibitors are released into the water when the seeds are watered. If you reuse this water, you re-water your seeds with inhibitors. EasyGreen uses clean, energized and fresh water. It is important to keep in mind that your sprouted seeds contain 80% water. As such, it is important to use quality water. All the rinsing water used by the EasyGreen is definitively drained outside the germinator and is not used.

3. Controlling the humidity is essential for the vigor of your sprouted seeds. EasyGreen uses a 96-position programmer that allows the user to fine-tune his germinator according to the local climate.

4. The EasyGreen tank allows people who wish to add organic nutritive solutions , such as liquid kelp algae for example, at the end of wheatgrass growth, when the root network of seeds is sufficiently developed. So you can choose to grow your wheatgrass with or without support.

5. The tank can also periodically receive solutions such as crystal vinegar or hydrogen peroxide for complete cleaning and disinfection, carried out automatically.

6. Conventional germinators often require pre-soaking the seeds. With the EasyGreen, simply place your dry seeds on the trays, the germinator takes care of everything: soaking, rinsing, misting, oxygenation, ventilation and drainage of rinsing water are done in a simple and automatic way.

7. Easygreen uses a technology of dynamisation and oxygenation of water by taking the necessary water samples by venturi effect. The water rises in a hyperbolic funnel-shaped conduit forming a vortex. Beyond the qualitative aspect, this process, associated with the fineness of the misting (droplets of 6 microns) ensure faster germination of 15 to 40% compared to conventional methods.

8. The trays can receive a substrate if you wish, for your wheat grass or sunflower crops for example.

9. Easygreen is versatile and can germinate seeds, young shoots or barley or wheat grass.

Here is a personal comparison. The same seeds were placed on the same day, in the same room and under the same conditions in: 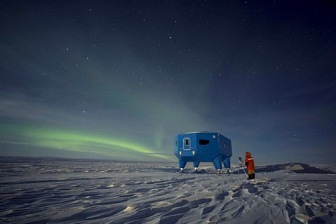 Easygreen germinaters equip the new modules of the British Antartic Suvey scientific base in Antarctica and thus provide fresh food to researchers on a daily basis.Photo: Copyright Richard Burt

The Easygreen allows you to produce food at home with unequaled freshness, vitality and nutritional richness, quickly, without transport and at low cost. For optimal health, prefer raw foods to supplements!

LUBA is your distributor for Easygreen in Europe.

Regarding the principle of revitalisation of water by vortex (vortex) used by the Easygreen, you can watch this video “The Masters of water” (2/2), broadcast on the ARTE channel, which evokes the work of researcher Victor Schauberger:

There are no reviews yet.

Be the first to review “Easygreen Automatic Germinator” Cancel reply 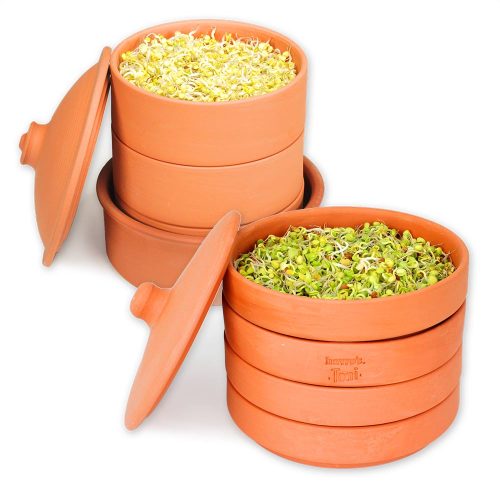